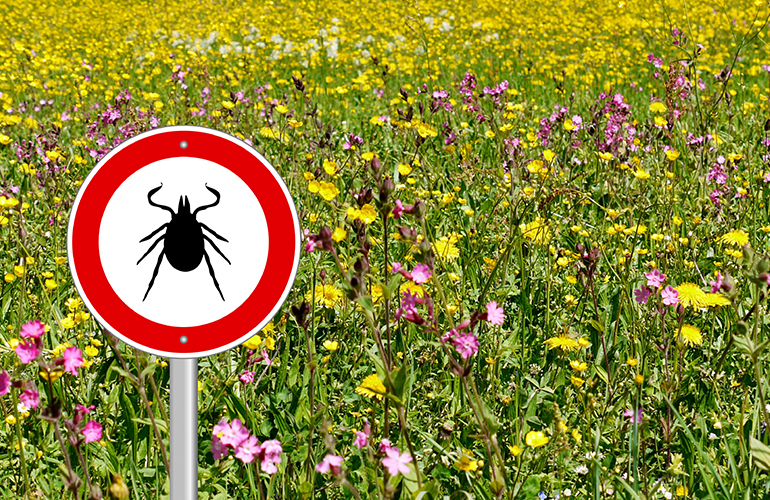 After being cooped up all winter, it’s natural to want to be outdoors once the warm weather arrives. However, there’s a danger lurking we all need to be aware of – ticks.

Ticks are a problem because of the diseases they carry. If you are bitten by a tick, it may pass the disease it carries to you. One of the most common tick-borne infections is Lyme disease. Unfortunately, thousands of people are affected by Lyme disease each year. Lyme disease can be successfully treated with antibiotics.

Other diseases are also carried by ticks. These include bacterial infections – Anaplasma, Ehrlichia and Rocky Mountain Spotted Fever, parasite infection – Babesia, and a very rare viral infection – the Powassan virus. This rare virus has recently been reported in increased numbers in the Northeast. Fortunately, the Powassan virus is not as common as Lyme disease and other tick borne diseases, with only around 5 cases in Massachusetts over the last 2 years. While the majority of patients with this infection remain without symptoms, it does have the potential to cause encephalitis (swelling of the brain) which can lead to symptoms like headache, confusion and seizures. Reducing your risk of being bitten by ticks is your best defense against Lyme disease, the Powassan virus and other tick-borne illnesses.

If you find a tick on your skin, don’t panic.

Ticks do not transmit infection for several hours after coming into contact with you. The safest way to remove a tick is with tweezers. Grasp the tick as close to the skin as you can and then slowly pull outwards until the tick releases. Do not crush or squeeze the tick’s body when removing. If you are unable to completely remove the tick’s mouth-parts from your skin, leave it alone and let your skin heal. Flush the tick down the toilet after removing.

No matter how hard you try to protect yourself, tick bites can still happen, sometimes without you even knowing. Hence it is important to know the first signs and symptoms of the diseases they carry. For Lyme disease, often the first symptom is a bull’s eye rash that develops at the site of the bite. You may also have a fever, headache or a stiff neck, or a lack of energy. Some people have no symptoms in the early stages of Lyme disease. It is important to seek treatment quickly as Lyme disease can progress, causing serious illness.

The early symptoms of the Powassan virus include fever, headache, vomiting, weakness, confusion, seizures, and memory loss. Seek medical care quickly if you have these symptoms. Fortunately, infection with the Powassan is very rare and – as mentioned – the majority of infected persons do not develop any symptoms.

Don’t let the danger of tick-borne illnesses keep you from enjoying the outdoors this summer. Just use common sense and take precautions so you can prevent getting diseases caused by ticks.