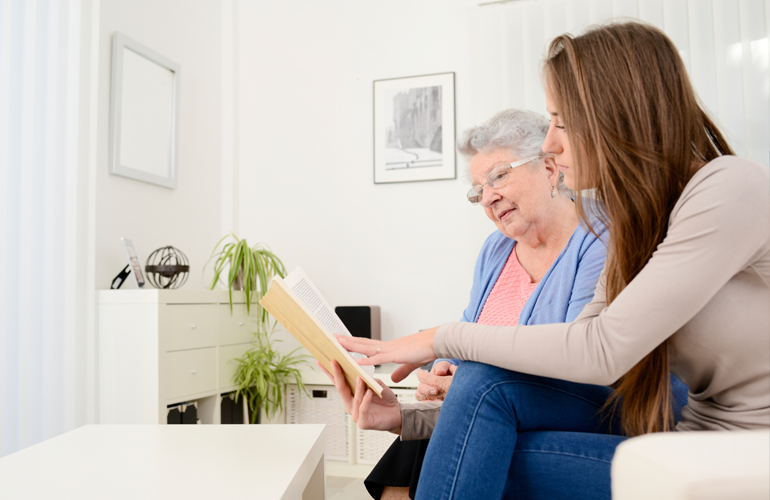 Alzheimer’s disease causes a slow decline in memory, thinking and reasoning skills, as well as other problems. The older you get, the greater your chances of getting Alzheimer’s disease. If you notice one or more of the following symptoms in yourself or a loved one, it’s important to see a doctor for further diagnosis.

Asking for the same information over and over again and forgetting important dates or events can be a sign of Alzheimer’s disease.

People with Alzheimer’s disease can lose track of dates, the season, and the passage of time. They can also get lost in familiar surroundings.

A person with Alzheimer’s disease may put things in unusual places (such as placing car keys in the refrigerator) and then be unable to find them later.

The inability to do tasks that were previously done with ease, such as paying monthly bills or following a recipe, can be warning signs of Alzheimer’s.

Verbal capabilities decrease with Alzheimer’s disease. Signs include trouble following or joining in a conversation, stopping in the middle of a discussion, and repeating the same phrase or sentence. However, occasionally forgetting the name of a person or place is nothing to worry about.

Those suffering from Alzheimer’s often let their appearance go and have issues with cleanliness, such as forgetting to bathe or shower.

Remember that although there is presently no cure for Alzheimer’s disease, new therapies that may be able to slow the progress of the disease are being developed and tested. Receiving an early diagnosis may allow you or a loved one to enroll in a clinical trial to help combat the disease. There are also a number of approved medications that can help alleviate symptoms. To learn more about Alzheimer’s disease, visit www.alz.org.