Is it Safe to Exercise During Pregnancy? 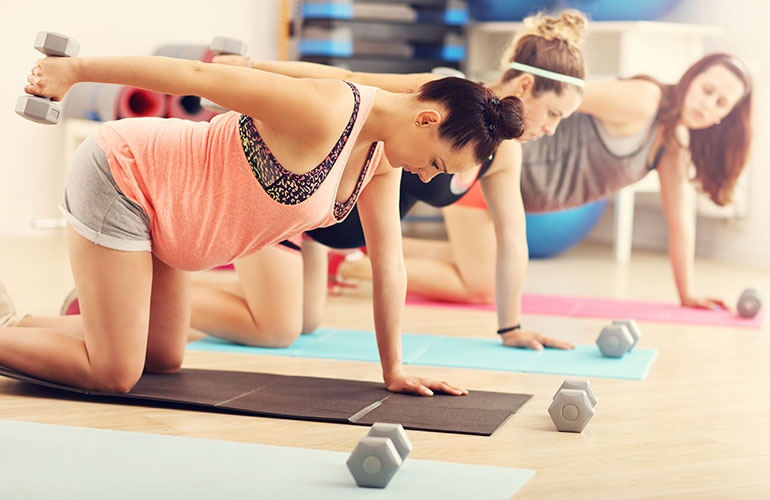 By Dr. Michele Sinopoli
Reliant Department of Obstetrics and Gynecology

There are a lot of myths and misconceptions about exercising during pregnancy. This often causes some women to avoid exercise or drastically reduce their workouts. However, the evidence is clear that exercise during pregnancy has terrific benefits for both mother and baby.

It turns out that getting consistent exercise during your pregnancy can promote good sleep, lower your chance of depression, help you avoid gestational diabetes, and allow your body to get back in shape quicker after delivery. Many researchers also believe that babies in the womb enjoy long-lasting benefits from a mother’s exercise, including lower body fat at birth and a more robust cardiovascular system.

It’s important for women to know that their exercise tolerance will be reduced while pregnant because the volume of blood inside a woman actually doubles during pregnancy and the heart has to work harder to move that extra blood around. Pregnant woman usually notice that they are more out of breath while exercising or even doing routine tasks around the home. This happens for many reasons including that an expectant mother has to expel not only the carbon dioxide in her blood, but also the carbon dioxide in her baby’s blood too.

Here are some tips on exercising while pregnant:

Be aware that most doctors agree you should avoid a small number of activities while pregnant. These include scuba diving, horseback riding, and any contact sport that might cause blunt-force trauma to your abdomen. You should also be aware of potential warning signs including vaginal bleeding, abdominal cramping, lightheadedness, excessive nausea, and extreme headaches. Exercise can cause extra stress on the body’s systems which in turn can bring pre-existing problems to the forefront. If any of the above symptoms occur, you should stop exercising immediately and talk to your doctor.

In addition, you should avoid getting dehydrated while exercising during pregnancy. Dehydration can cause preterm uterine contractions. So drink plenty of water and adjust your fluid intake for the intensity and duration of your workout.

Don’t let the myths about exercising while pregnant keep you sitting on the sidelines. It’s perfectly fine to hit the gym and be active – both you and your baby will benefit! 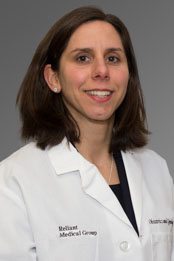 When she first went to college, Dr. Michele Sinopoli studied bio-medical engineering. However, after a while she realized that being in a lab all day wasn’t what really interested her. “I had a summer job as a bio-medical engineer at a local hospital,” she explains. “One day an obstetrician asked me if I wanted to see a delivery. Once I witnessed the miracle of birth and saw the joy the parents experienced, I knew that was the field...