Seniors and Anxiety Disorders – Getting Over the Fear 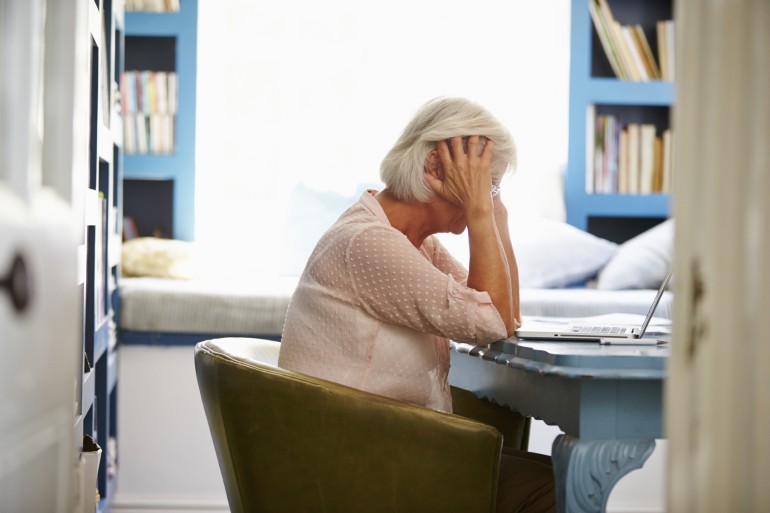 Anxiety is a normal part of life, all of us get stressed out at times. However, an anxiety disorder is a different, much more serious problem. When a person suffers from an anxiety disorder, the feelings of nervousness, fear and apprehension are so overwhelming that they often interfere with relationships, social activities, work, and overall daily life.

Those with an anxiety disorder suffer from irrational feelings of fear and dread. It can be a general feeling of worry, a sudden attack of panicky feelings, or a fear of a certain situation or subject. The disorder often causes physical symptoms such as a racing heart, an inability to sleep, and chest pain.

Many seniors suffer from anxiety disorders. The stresses and vulnerabilities of aging, including medical conditions, can make an anxiety disorder more likely to take hold. Anxiety disorders that affected a person when they were young can also come to the forefront in the later years of life.

There are several types of anxiety disorders, each is unique but they also share a lot in common:

The good news is that anxiety disorders are treatable. Success often depends on a good partnership between the patient, the family and the doctor. It’s important for everyone to agree on the problem and then make a commitment to treating it properly. In most cases treatment for anxiety disorders is made by a mental health professional. Both medication (including antidepressants) and psychosocial therapies are used to treat anxiety in older patients. Cognitive Behavioral Therapy (CBT) is also used to treat anxiety and can be an effective therapy. However, it can take up to several months of training for noticeable improvement to occur, so it’s important for the patient to allow adequate time. Sometimes people must try different treatments or combinations of treatments before they find one that’s successful for them.

If you are believe you are suffering from an anxiety disorder, your doctor can help you get the care and treatment you need.