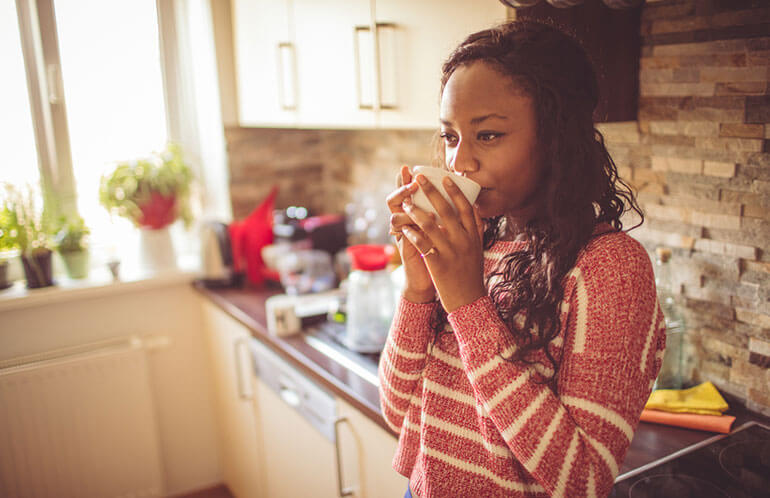 It’s a good time to be a coffee lover – especially if you want to live a long life. You may have seen in the news lately that according to a 16-year observational study of 180,000 people funded by the National Cancer Institute, drinking one cup of coffee a day reduced the risk of death from heart disease, cancer, stroke, diabetes, respiratory disease and kidney disease by 12 percent. For those drinking more than three cups per day, the risk of death was reduced even more – by 18 percent. In addition, a second long-term study in Europe that observed over half a million coffee drinkers in ten different countries found similar results. Both studies were published in the Annals of Internal Medicine, a prestigious scientific journal.

“As fascinating as the findings are, it’s important to keep in mind that both studies were observational and demonstrated an association, rather than a direct cause and effect from consuming coffee,” remarked Karen Fleming, an advanced practitioner in the Reliant Department of Internal Medicine. “However, the positive results of the study speak for themselves – moderate coffee consumption really does appear to have long-term health benefits for users.”

Why is Coffee Healthy?

Researchers believe the health benefits from coffee come from antioxidants. Many of the diseases that people suffer from, including cancer, are caused by oxidative stress in the body. Coffee (both regular and decaf) is known to contain large amounts of several antioxidants including polyphenols and hydroxycinnamic acids. Most nutritional experts agree that a diet rich in antioxidants is important for disease prevention. In addition to coffee, you can also find antioxidants in fresh fruits and vegetables, as well as other foods.

Although we are learning more and more about the health benefits of coffee, it’s important not to overindulge. Consuming too much coffee can exacerbate certain health problems. Caffeine, the stimulant inside coffee, can raise blood pressure, adversely interact with some medications, and cause insomnia and other problems. Since it is highly acidic, coffee can also irritate the gastrointestinal tract and cause heartburn. Cream and sugar can also add excess calories, especially for heavy coffee drinkers. Fortunately for most people, drinking one to two cups of coffee per day usually will not create any problems. Keep in mind that caffeine is also an ingredient in other foods besides coffee, such as chocolate and soda.

So whether you like a single cup of coffee in the morning or a double cappuccino after dinner, it’s good to know that there may be some real health benefits in every cup.

A graduate of Framingham State College and the University of Massachusetts in Amherst, Karen Fleming has been involved in medicine for over 24 years and has been a Nurse Practitioner since 1995. Practicing in the department of Internal Medicine in Auburn, she works with a team of doctors and nurses helping patients with their urgent and chronic healthcare needs. She has enjoyed working in this role for over 12 years. One of the things Karen...