Is it a Stomach Virus or Food Poisoning? 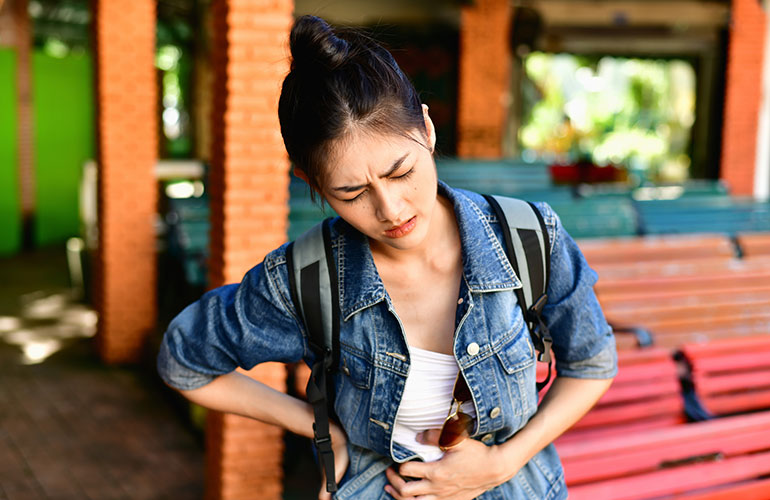 When you are vomiting every hour or going through a bad round of diarrhea, you may not care that much whether you have a stomach virus or food poisoning. However, once you recover you may wonder if you can safely return to your favorite restaurant or barbecue stand again…so it can be valuable to know the difference.

In the United States, the most common cause of a stomach virus (also known as stomach flu) is the norovirus. This is a viral infection that attacks the digestive system (and has nothing to do with the flu virus). Stomach viruses like the norovirus are very contagious and can spread quickly. We’ve all heard the stories about passengers on cruise ships suffering en masse with the norovirus. Unfortunately, people infected with a stomach virus are contagious from the moment they become ill to at least the first few days after they recover. Typical stomach viruses can be spread in a number of ways:

Stomach viruses can be easily spread through the vomit and stool of infected people, so caretakers should be especially careful and take precautions. Although there are rapid stool tests that can be used to detect the norovirus or rotavirus, your doctor will probably make a diagnosis by asking about your symptoms. Typical symptoms of a stomach virus (also known as gastroenteritis) are:

Food poisoning often causes similar symptoms to a stomach virus, which is why the two conditions often confused. However, food poisoning is caused by consuming food that is contaminated by bacteria, viruses, or parasites. Medical professionals often use the term gastroenteritis to describe both conditions.

Although the symptoms are similar, there are some ways to tell the difference between the stomach flu and food poisoning.

Whether you have food poisoning or a stomach bug, the important thing to do is treat it properly. Here are some tips:

Be sure to call your doctor if you have a fever, can’t tolerate liquids, have bloody stools or if your diarrhea is severe or lasts more than three days. If you take a prescription medication for a pre-existing condition but can’t keep it down, you should also contact your doctor.